Antibiotics are a group of medicines which are used for the treatment of infections that have been caused by germs like bacteria and some specific parasites. These drugs are also called antimicrobials or antibacterial. It can be taken through the mouth in the form of tablets, capsules, or liquid. They can also be given as an injection. Injections are given to people who are in serious condition. It is also available as creams and lotion for the treatment of the skin.

How do antibiotics work?

Though there are different types of antibiotic. All of them work in a similar manner.

What are antibiotics used for?

Antibiotics can treat an infection caused by bacteria. It targets microorganisms such as bacteria. parasites. fungi.

Antibiotics, however, do not work against viruses. If you are having an infection, it is important to find out, whether it has been caused by virus or bacteria. Majority of infections of the upper respiratory tract such as a sore throat and the common cold are usually caused by viruses. These drugs will not work in such cases.

If you use the drugs for bacterial infection incorrectly or overuse it, the bacteria might become resistant. Antibiotics fail to work on such bacterium. Broad-spectrum drugs are used for the treatment of an extensive range of infections. Narrow-spectrum drugs are effective against a handful number of bacteria.

In cases of surgery, antibiotics for bacterial infection are given beforehand for the prevention of infection. This is known as the prophylactic use of these drugs. They are mainly used before orthopedic or bowel surgery.

Common side effects include:

Some patients, particularly those who are elder might suffer from the problems of the inflamed bowel. This is can lead to the problem of severe diarrhea.

The important information side effects of antibiotics:

How to use antibiotics?

Antibiotics for bacterial infection are taken by the mouth or as an injection. It is also applied directly to the affected area of the body. These drugs begin to affect the body in just a few hours of their consumption or application. You need to complete the course of the medicine that has been provided to prevent the infection from coming back. In case, you do not complete the medication, there is a chance of the bacteria becoming resistant to the future treatments. Even if the conditions improve and you feel better, it is important to complete the course.

There are some antibiotics that should not be consumed along with certain drinks and foods. There are others that should not be taken on an empty stomach. These drugs are taken about an hour before the meals. It is important to follow the instruction of you want the medications to be effective. 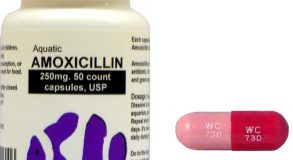 Amoxicillin is an antibiotic used to treat infections caused by bacteria. This form of penicillin is used in the treatment of diseases including bronchitis, pneumonia, and infection of the nose, ear, throat, skin and urinary tract infections (UTI). This drug … 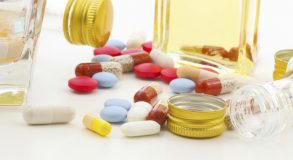 «Medical studies results show that alcohol does not block the majority of medical drugs action, and usually does not cause side effects in combination with medications», – reports BBC Future. But some British experts go so far as to claim … 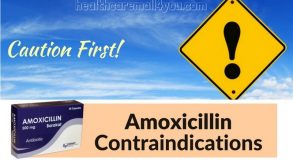