Depressive syndrome at alcohol addiction is a frequent and extremely unpleasant condition. By its clinical structure, post-alcoholic depression is similar to depressive phase of bipolar depression.

Why after alcohol, taken in excessive amounts, depression exacerbates when most people are convinced that taking strong drinks is a unique way to get rid of emotional stress? This article will help you understand why after drinking alcohol depression occurs in a severe form and brings even greater problems in all spheres of life.

Alcoholic Depression: What Do You Need To Know? 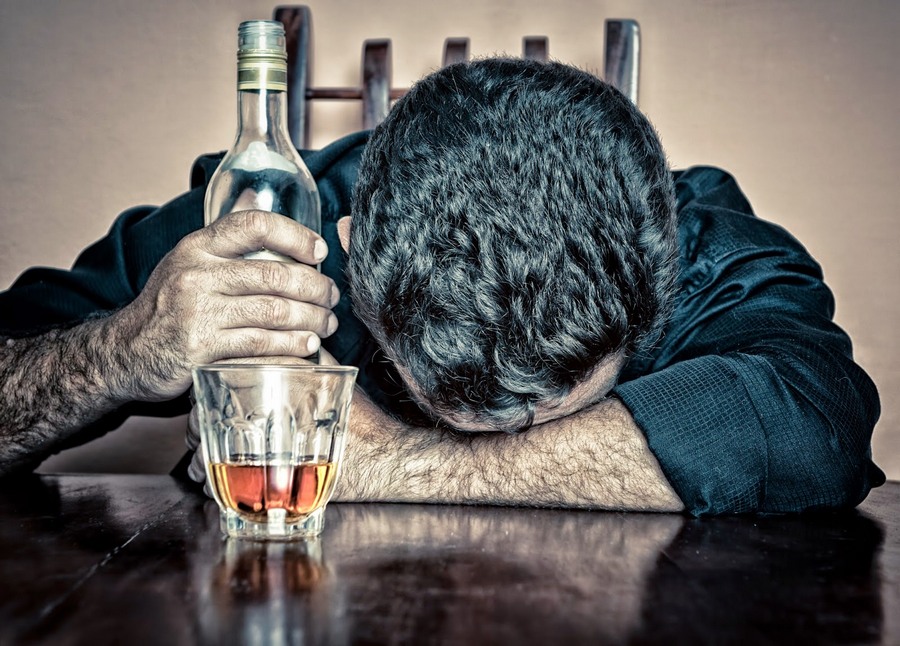 It is proved that emotional status of a person depends on activity and concentration of neurotransmitters – biologically active chemicals that are responsible for nerve impulses transmission. Under ethanol toxic effects there is serotonin neurotransmitter deficiency, which leads to a variety of psychiatric disorders, including – depression. Also, when ethanol enters the body production of biogenic amines increases – noradrenaline, called « aggression hormone». At subsequent sharp decline of its concentration, a person feels depression, apathy, muscle weakness.

Ethanol assimilation and disintegration in the body happens much faster than these dangerous toxic wastes are cleared. Moreover, the greatest degree of concentration of ethanol oxidation product – acetaldehyde – is registered in the brain, which leads to lack of nervous system neurons supply and, as a result, to cerebral cortex cells death.

From the scientific point of view, any alcoholic drinks are powerful mental illness triggers: causing a short-lasting state of euphoria, after some time they lead to depression progression. There is a relationship between alcohol use and depressive disorders: depression also affects alcoholism worsening, as well as excessive intake of alcoholic drinks, causes anxiety, melancholy, manias.

According to research, alcohol depression is more common among alcoholic patients in the age group older than 35 years, as a result of long-term ethanol intoxication. At most clinic patients this affective disorder occurs in severe form with suicidal thoughts and/or actions. In a separate group of patients, there is registered delirium rudiment, ideas of self-effacement, self-blame, sense of worthlessness, uselessness.

The first type of the disorder is mild and appears after excessive consumption of strong drinks and manifests together with a hangover. Along with unpleasant physiological effects, a man experiences depressed, morose state, acquires a sense of guilt and regret for drinking occurred. Ethanol oxidation reactions lead to hypoglycemia (low blood glucose level), which provokes fatigue, muscle weakness, melancholy, reduced attention concentration. Often apathy is accompanied by irrational anxiety and irritability. Magnesium deficiency and, as a consequence, arising calcium channels blockage causes nervousness, rapid heartbeat, chills.

At this disorder plays an important role is played by genetic predisposition. Some people, regardless of quantity and quality of alcohol taken, almost never experience depression and hangover, others regularly suffer from their painful symptoms. This «inequality» is gene deep ability to produce alcohol dehydrogenase enzyme, stimulation ethanol intensive conversion to acetaldehyde (source of acetic acid).

This type of alcoholic depression in most cases disappear spontaneously within a few days and does not require any therapeutic measures.

Alcoholic Depression after Giving Up Alcohol

The second type of the disorder is rather complex, occurring in severe form, requiring careful attention of specialists and qualified medical care. Alcohol depression occurs after long drinking bout during first 2 – 5 days after alcohol-containing drinks cessation and is marked by abstinence syndrome. Typically, this mental disease occurs in patients suffering from 2nd (3rd severity degree) and 3rd stages of alcoholism.

Physiological depression manifestations are aggravated by physical symptoms of abstinence syndrome: tremor, sympathetic nervous system hyperactivity, convulsions. A man in this state is experiencing deep psychological crisis, characterized by complete lack of positive emotions, loss of ability to experience pleasure, loss of sense of life and lack of goals in life. A person suffering from alcoholic depression perceives the world in dark colors, he constantly feels guilt, worthlessness, and futility. He feels regret for his past actions, despair thinking about future. 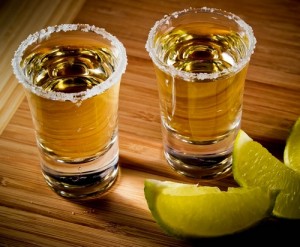 At chronic alcoholism decrease in brain volume is observed, there are organic changes and oxidative neurons damage, and, as a result – alcoholic degradation of personality, human cognitive functions worsen, inadequate, unpredictable behavior is formed.

It is worth underlining that depressive disorder may develop not only after a long drinking bout but also on the background of moderate, systemic strong drinks consumption. Regular «infusions» are gradually destroying nervous system, paving the way for mental disorders development.

Equally important in disorder development is a genetic predisposition (unfavorable heredity). Therefore, persons, with cases of alcohol addiction in family genesis, are at high risk.

Depression after alcohol can last from a few days to a year. Often recurrence (recurrent episodes) of alcoholic depression is observed, often occurring as manic-depressive psychosis.

Depressive disorder, arising on the background of excessive, prolonged toxic substances intake, is characterized by a variety of somatic, psychological symptoms, cognitive and behavioral effects, including depression symptoms and signs of alcohol intoxication. Among predominant symptoms there are:

The greatest difficulty in carrying out and choosing treatment regimen is that most patients do not realize that in most cases depression is not the root cause of alcoholism, but on the contrary – it is addiction, long-term «infusions» of toxic substances into the body or abrupt alcohol withdrawal were factors, that started process of depressive pathology development. In this case, it is necessary to treat alcoholism.

The main criteria to overcome the disorder are sincere patient’s desire to get rid of alcohol addiction, a firm conviction in decision propriety, confidence in success in daily hard work on themselves. Also, a patient should be aware that complete alcohol drinks withdrawal at the initial stage of rehabilitation exacerbates disease course and depressive symptoms. Often, for alcoholism treatment people resort to special facilities – rehabilitation centers, applying for specialized social adaptation programs.

Mild depression, which developed on the background of withdrawal symptoms, in some cases, disappear spontaneously without any pharmacological agents. Timely, comprehensive, consistent medical care at moderate disorder degree has high chances for success. Treatment of severe depression after drinking bout is rather difficult, long and important process.

The primary goal of medical treatment is patient‘s body detoxification till accumulated ethanol decomposition toxic products complete clearance. For relieving anxiety characteristic of the withdrawal period, under inpatient treatment short courses of potent tranquilizers are used (e. g. seduxen). To overcome melancholy manifestations modern antidepressants are used, that allow as soon as possible, reducing the intensity of symptoms and after full treatment, course getting rid of depression manifestations. Also, the therapy is aimed at reducing craving for alcohol with drugs that are chosen individually. A patient is prescribed medications for metabolic disorders elimination and water and electrolyte balance restoration (e. g. rheopolyglucin). In alcoholic depression state, an indispensable help is performed by intramuscularly administered vitamins B1, B6, PP, and C. At this disorder type doctors use drugs that have a restorative effect on violations in cerebral and small vessels blood circulation caused by alcoholism. Also, phospholipids are recommended (e. g. Essentiale), enhancing liver detoxification ability and normalizing its functioning.

At alcoholic delirium (delirium tremens), which is expressed in delirium, fever, visual, auditory or tactile hallucinations, a patient urgently needs to be hospitalized, since this state is fraught with fatal consequences.

Psychotherapy sessions conducted individually or in groups, allow the patient to find the true meaning of life, to learn to enjoy every moment, the skills of a new, independent of alcohol behavior. During psychotherapeutic work, the patient is aware that the desire to forget in alcohol – the false path, and displays the blues should be eliminated completely different, harmless and safe ways. 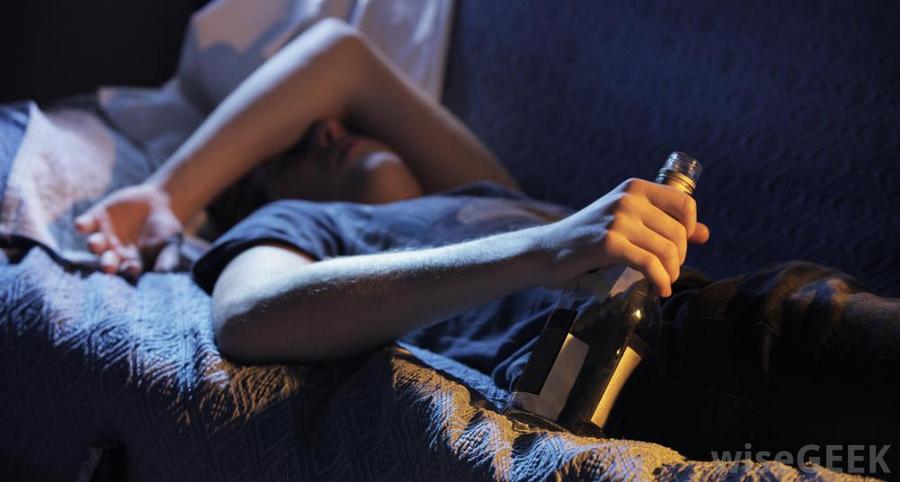 Most people who have fallen under alcohol influence, mistakenly believe that sober lifestyle means not to relax on weekends, not celebrate holidays, to be alien to the company. Anyone being in alcoholic depression state, should explore, understand and accept the following information about abstinence benefits. Overcoming this detrimental addiction a person:

Remember: there are many wonderful, fascinating and amusing things in the world, so it is sad and pointless to waste your life on depression, self-torture, and melancholy! 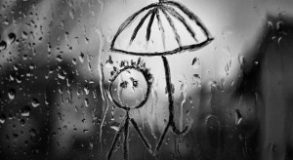 Depression is a state of deep sorrow, it may be caused by recent loss or some other terrible events. For this state, it is characteristic the violent expression of emotions controversial to the happening event. The slowness of movement and … 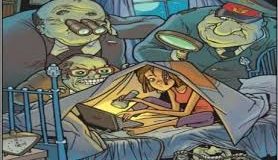 What is Persecution Mania?

Persecution Mania is a mental disturbance which in psychiatry also known as persecution syndrome. Psychiatrists refer this disorder to the main signs of mental insanity. Persecution syndrome is a disorder when fault thoughts and ideas which are completely grasping in … 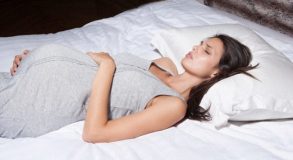 Depression during Pregnancy and after Childbirth. What to Do? Giving advice is often useless, but from the point of view of psychology, simply unacceptable thing (psychologist must help each person find their own way, make individual conclusions from the current …